Piccadilly Grand situated on Northumberland Road, district 08 of Singapore, a city fringe location just outside Little India, the Piccadilly Grand will be a highly sought after Integrated Development with direct sheltered connection to Farrer Park MRT. This site is zoned for residential use with commercial units on level 1. The upcoming Piccadilly Grand residences will feature around 405 new homes and sites on a 0.87 ha with a maximum GFA of 36,679 sqm.

The name Piccadilly Grand takes cue from neighbouring roads named after English boroughs and counties such as Northumberland, Hampshire, Birch, and Rutland. The development is located directly above Farrer Park MRT station with a commercial component on the ground level which will be named Piccadilly Galleria. Together, Piccadilly Grand and Piccadilly Galleria reflect and respect the onomatology of the neighbourhood while improving the gentrification of this central integrated development with a promise of urbane pleasures to come. 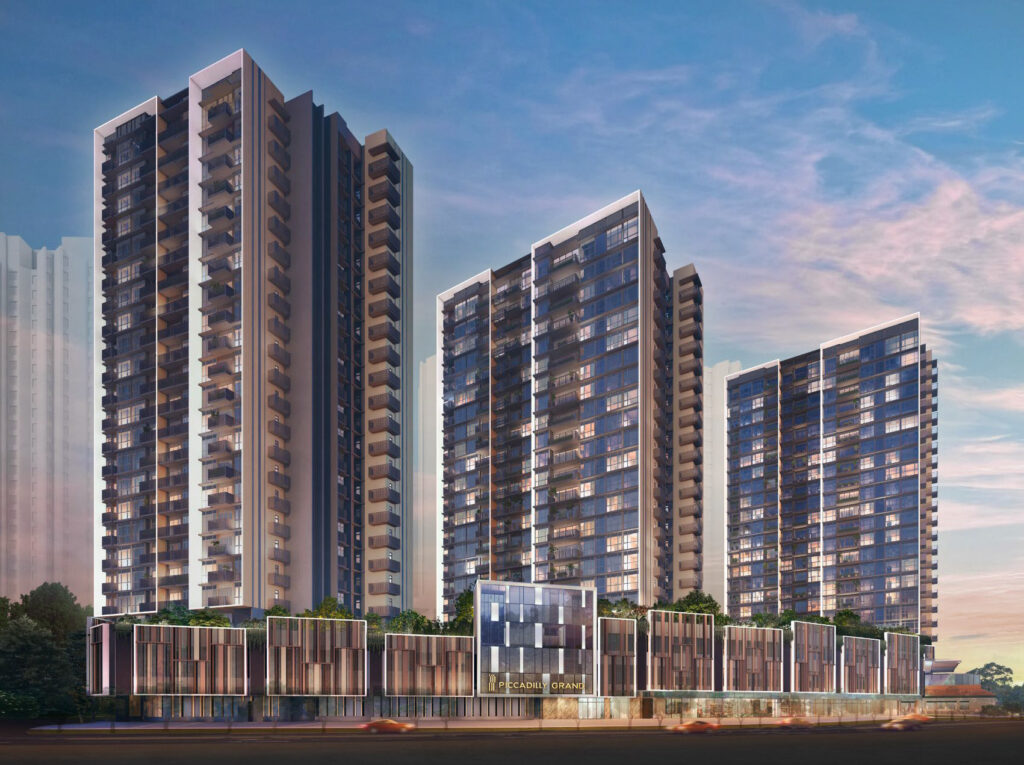 Piccadilly Grand is located in an existing and growing residential estate in Kallang Planning Area. The site is predominantly intended for residential use to provide more housing options at the city fringe, with some commercial uses on the ground floor to provide local amenities to serve the residents in the area and also enhance the street experience while walking to the Mass Rapid Transit (MRT) station. 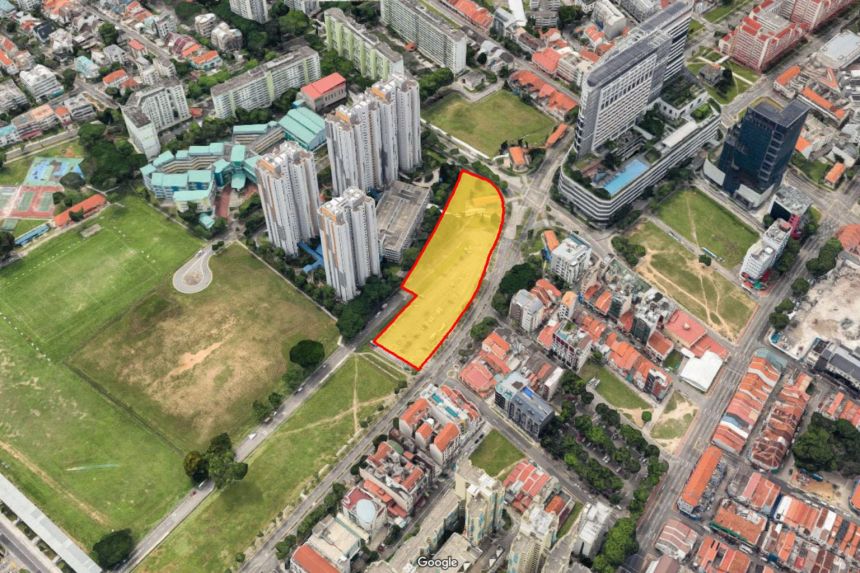 Located just outside Little India Historic District, Piccadilly Grand is in proximity to the unique and diverse offerings of the Little India precinct, ranging from large retail developments such as City Square Mall and Mustafa Centre, to fine-grained shophouses that house many popular shops and dining options. The area is also home to several hotels such as the Parkroyal Hotel, as well as Connexion, an integrated medical centre and hotel development. 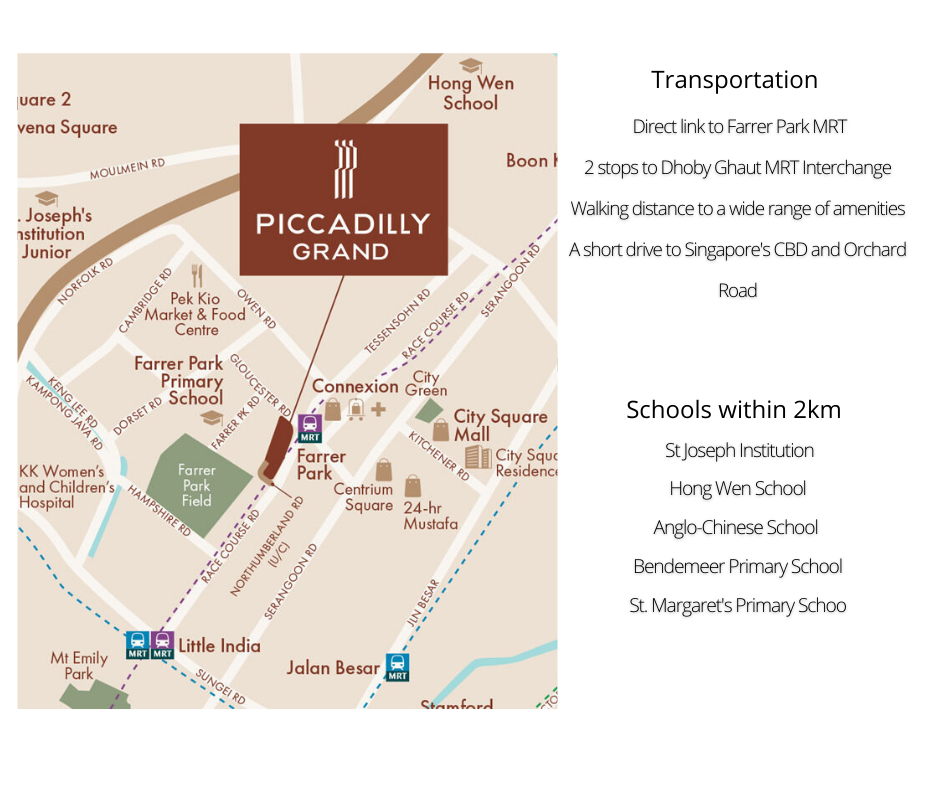